Yin and I were in Namsoo’s, a Yunnan restaurant near the Andingmen station, eating mushrooms. It started raining outside again.

“Right.” I finished chewing. “Don’t know what to expect from it, though.”

“How come? I thought you were the guest speaker.” said Yin.

“I am.” I paused, sipped my tea. “Except that I am only repeating myself on this subject,” I continued.

“What’s the subject again?” She asked. “Sorry, I forgot.”

“The sharing economy,” I said. “Too trendy to remember.”

A man and a woman came in and took the table opposite ours. While they were getting settled at the table, the man asked the waiter if they could use WeChat to pay the bill. Nodding, the waiter seemed pleased to be asked.

“Oh, well… It’s a public event so I think it’s surely worthwhile expanding people’s take beyond Airbnb and Uber. You see, the media emphasises the ‘sharing’ component of the phrase while ignoring the ‘economy’ aspect a lot. That is misleading. Business is also labelling their products under the name of ‘sharing’, to make it seem progressive, green, and utopian, while the truth is it devolves into business as usual. With many unsolved legal disputes.” I continued, “if you look closer, you’ll see there’s a long history of things like these. But people don’t look back very often; they like celebrating new things which are not new at all.” 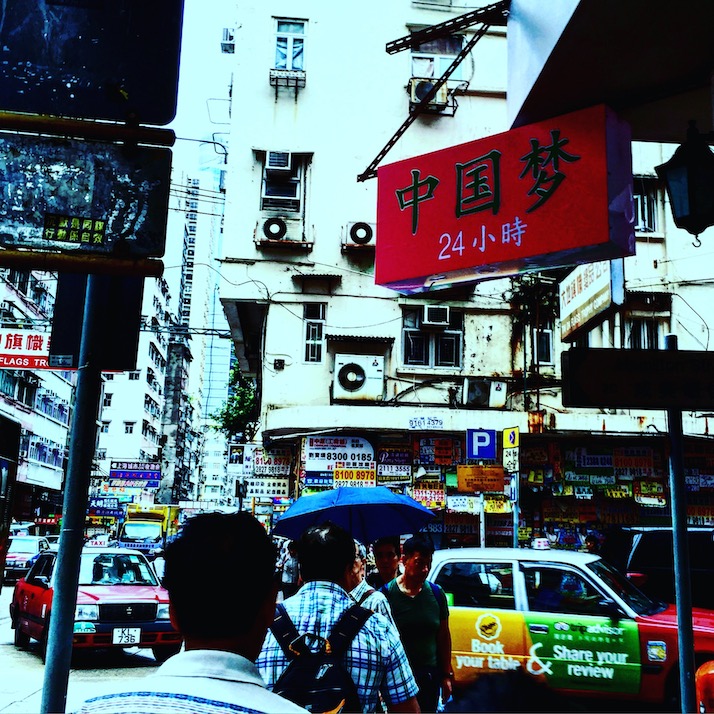 The current layout of Beijing, in spite of the construction/destruction of the past 50 years, still resonates with the genetic familiarity of its Ming Dynasty (1368-1644), medieval forbearer. The city walls may have been replaced by the similarly restrictive Ring Roads, but its linearity and north-south east-west axes still exert themselves on this ever-expanding annulus. This holds-in the psycho- and social-geography of the city as much as its infrastructural and transportation networks.

In the very last days of my dissertation fieldwork, I often felt drawn to the Tongzi River, and I spent a lot of time, during those months, poking around the part of it that flows around the Forbidden City. I never get tired of looking at it; it hypnotises me. I like to look at it in midsummer, when it is warm and dirty and drowsy, and I like to look at it in February, when it is carrying ice.

In the fieldwork, sometimes my informants lie to me and sometimes they lie to themselves. Sometimes they are wrong about things, sometimes I am missing the context to understand them properly. When things get too much for me, I put a Manga and a couple of sandwiches in my pockets and go down to the Xihuamen to wander around a bit, watching men waiting, jigging and catching.

It’s getting late. I believe it is time to leave. 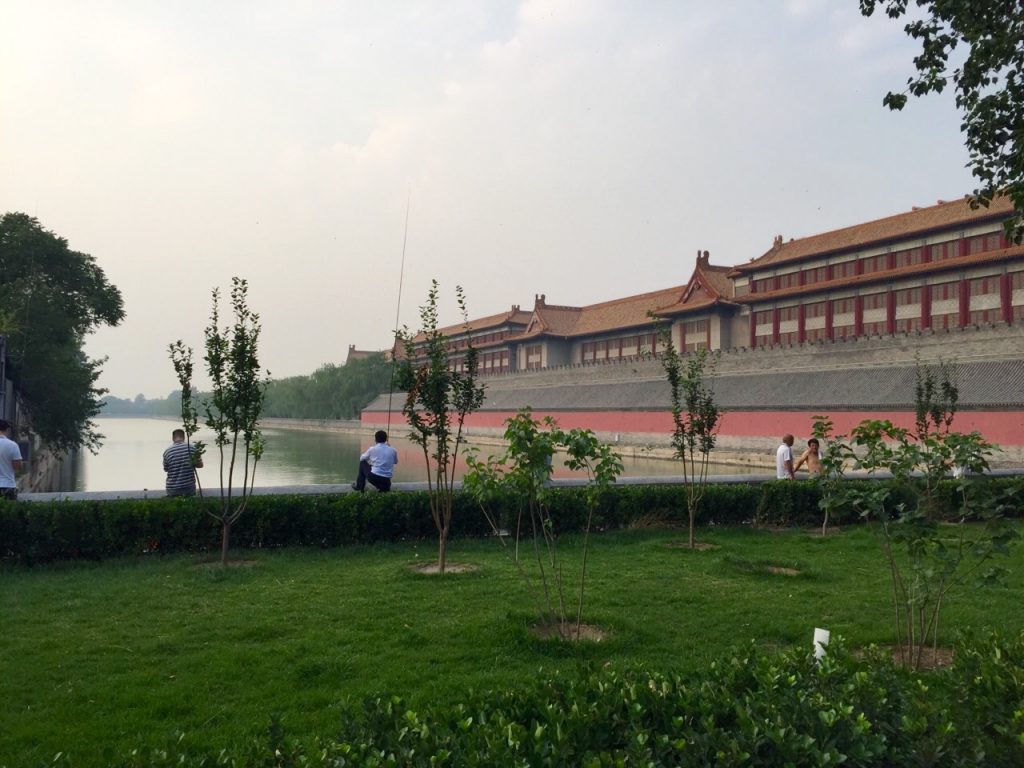 “Thanks for the dialogues. I have a question.” A member of the audience stood up and asked; “Different classes have different priorities and there are principle contradictions and secondary contradictions. How do we unite middle-class and workers and peasants today? How can we, the intellectuals, be in solidarity with the workers?” The man seemed nervous.

“Which speaker would you like to address this?” The moderator responded.

Oh, poor young man. I thought, “I probably can’t say anything about how to approach this question, here.” I started answering.

“I accept that this is a really difficult problem, a universal problem.” I continued, “part of it, I think, depends upon basic education, in which way people approach their understanding of what man’s history is.”

“For instance… you need… uh… we need to think about ways to set up the contradiction in unity, rather than divergence, between the political project.” I fumbled for words and saw some members of the audience were taking notes.

“There have been… uh… historically, many situations, in which, the kind of unity… that you are seeking… has actually been created,” I kept going.

“Generally speaking, strikes in factories are far more successful if it is deep and there is wide community support,” I started gathering words.

“There is a struggle, going on in France right now, of the new Labour Law, going on for about three weeks, a month. What is striking about it, is not only that the labourers are involved but there’s a great sympathy from the general public. So, it is not impossible; connections can be made.” I continued, “and sometimes when connections are made, it is easier to renew them at a later point of time.”

I took a sip of water and kept going.

“For example, there are some immigrant rights movements in the United States which are quite strong and have drawn significant public support. And in this regard, some of the right-wing analysts say it is helpful because it enlightens, or animates, some of us who’d otherwise not be engaged, or to become fully-engaged, in this struggle.”

“And, here, too, the Brazilian case was one which shows both sides of what you were talking about.”

“Initially, this struggle was simply about rising transport costs. Then it spread to very general discontents. Then it spread to questions of police oppression, and that consolidated more people on a radical call. So by the time this whole process began to unfold, many more people were involved, together in the struggle. But on the other side, it also developed disagreement which began to work within that framework of struggle, and finally destroyed it from the inside. This sort of thing is not uncommon. So for me, the only answer I can give is continuous struggle, to try to maintain both theoretical standings on a given situation, and to keep the practical political practice alive. We have not been very successful in recent years, doing that. The only answer is to keep on trying.”

Some members of the audience clapped their hands, yet I felt that I should have said “I don’t know” in the first place. 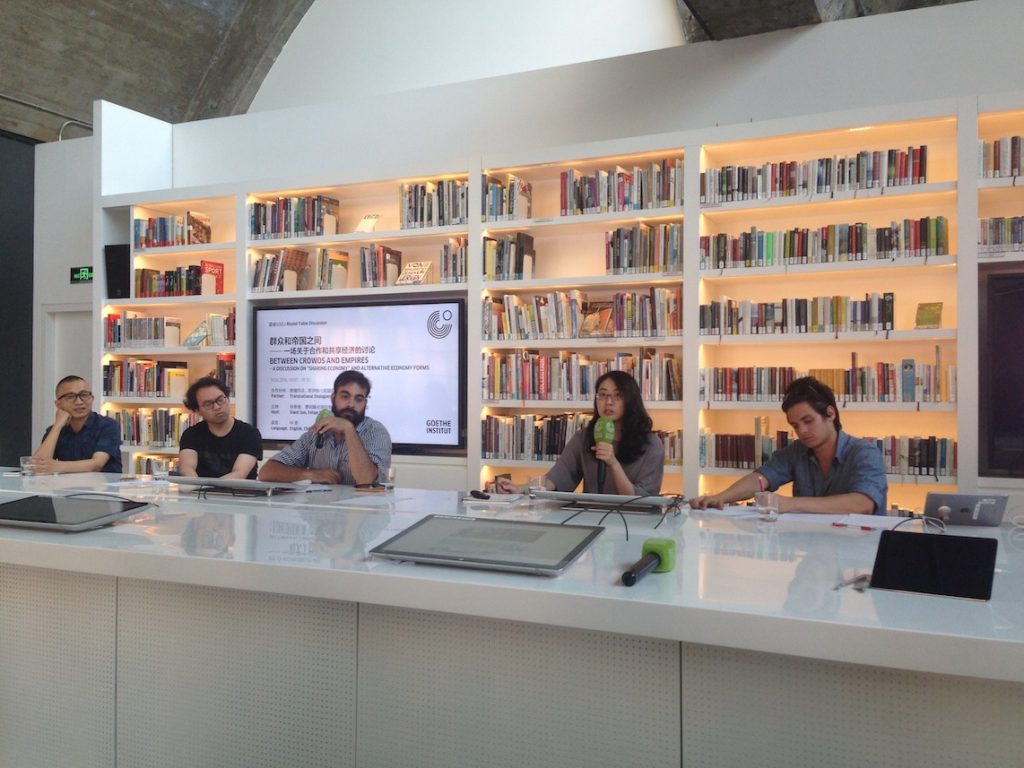 Heavy rain hit Beijing last week. The rain continued for more than 40 hours and reports said that flooding had killed many. Uber jokingly replaced its icon of a car with one of a boat on its user interface. A friend texted me saying that he had managed to play Pokemon GO in Xinjiang. 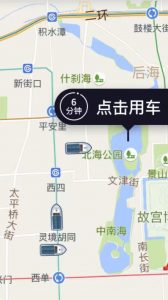 Sun Siwei 孙思维 is a Beijing-born writer. She was a Fellow of Transnational Dialogues 2015-16.