Today at HangarBicocca, Milan, it has opened Installations by Cildo Meireles, an “installation of installations”, “cacophonic and experiential”, in the words of its curator Vicente Todolí. Twelve works by Brazilian artist Cildo Meireles occupy the space of HangarBicocca, ranging from a microscopic cube with 9 mm sides (Cruzeiro do Sul, 1969-1970) to a gigantic labyrinth which includes iron fences, barbed wire and broken glasses (Através, 1983/1989). The exhibition is there to stimulate the senses, but it is the intellect that is constantly challenged by Meireles’ artworks. 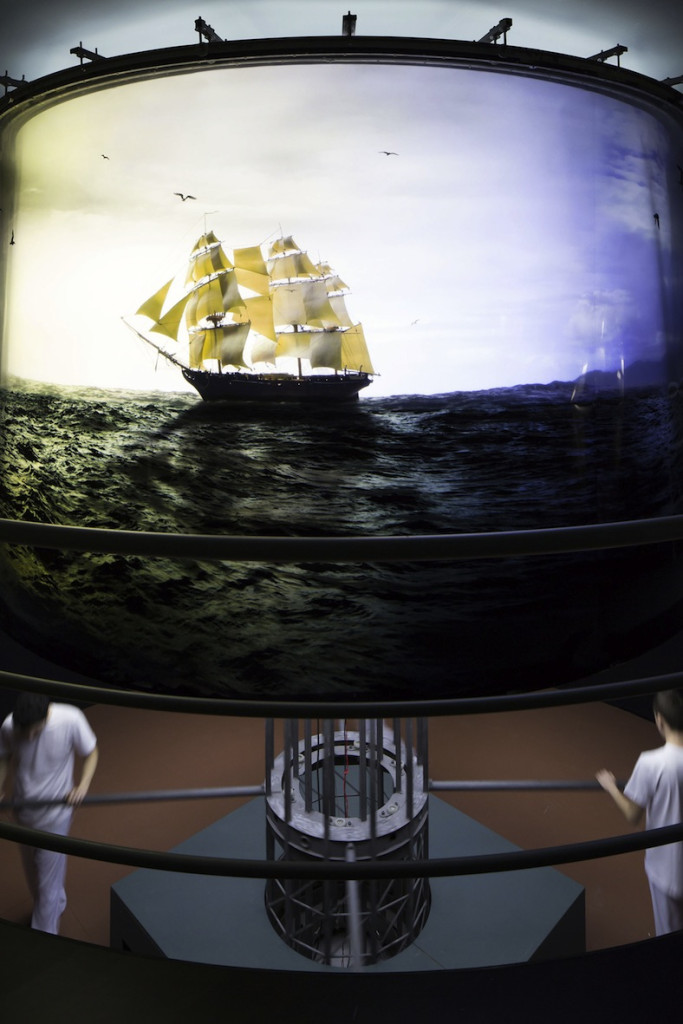 Slavery and colonialism, exploitation and power: A clear message comes from Cildo Meireles’ Abajur (1997/2010). That is the world; that is Brazil. We should not be tricked by the charming landscape portrayed in the artwork nor by the nostalgic cries of the seagulls coming from it, as much as we should not be tricked by the image of Brazil as a place of sunny beaches, samba music and growing wealth. If the lantern keeps turning and pleases the eyes of the lucky spectators, it is because someone (or, better, an endless series of someone’s) has been turning it for us for centuries. Art cannot change the world, that is for sure, but making everyone aware of the reality in which we live, that can do. 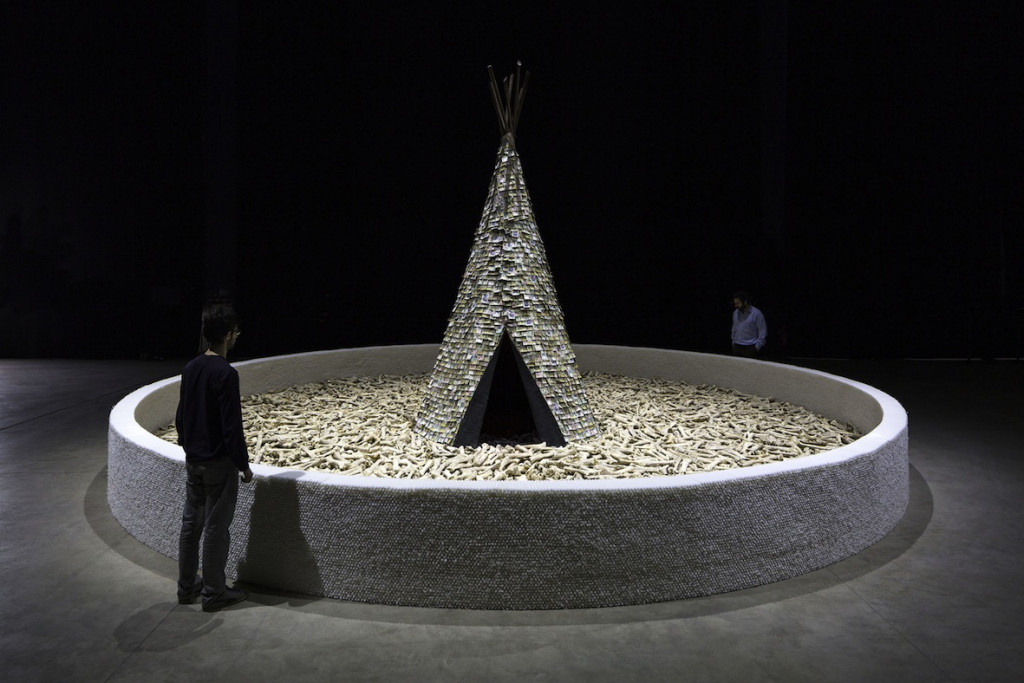 Bones, banknotes, candles, coal, the noise of an electric saw. As much as Olvido (1987-1989) is attractive to eyes, it is repulsive to the ears and the nose. The perfect geometry of the architecture, the shades of white and gray and black, the warm feeling of being invited to enter the open tent. All of that is a well-designed device to make the distracted passer-by (who are not that uncommon in art exhibitions) approach the artwork with a curious but relaxed mind. However, as soon as you get to the proximity of the artwork, a bitter smell of rotten bones goes straight to your head and does not leave you. Indigenous people, financial capitalism and church candles: the history of the Americas through the eyes of the colonized. The installation, as Meireles says, combine three key elements: “material power, spiritual power, and a kind of unavoidable, historically repeated consequence of this conjunction, which was tragedy”.